Back in May of 1990, Foreigner lead singer Lou Gramm decided to leave the band. The move didn't work out to well for either side- Gramm's solo career stalled, and Foreigner wasn't happy with his replacement.

So, a couple of years later, Gramm flew out to LA to meet up with former bandmate and Foreigner co-founder Mick Jones. They wound up getting stuck in a hotel while hunkering down during the LA Riots. It led to longer and more serious discussions, and when all teh dust settled, Lou Gramm was once again the lead singer of Foreigner!

Less than a year later, Foreigner launched a tour. We'll listen to a legendary performance from that tour- it was captured live at the Deer Creek Music Theatre in Noblesville, Indiana, just outside of Indianapolis, on June 19, 1993.

Don't miss the classic lineup of Forienger! They're headlining Live in Concert! 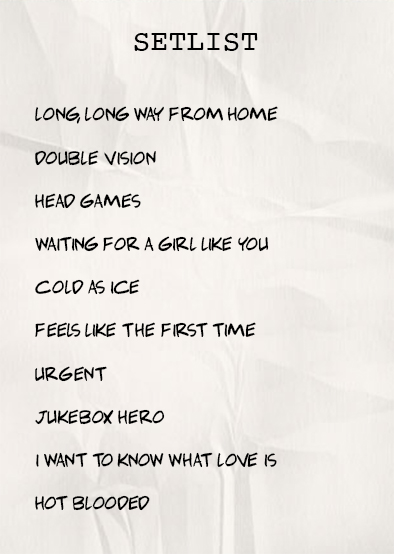