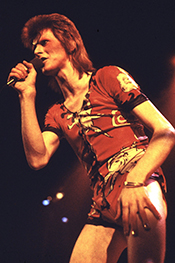 This concert is widely considered a favorite among Bowie fans. We're going back to his groundbreaking 1972 "Ziggy Stardust" tour!

The jumpsuit! The red hair! The Spiders From Mars!

It was all going so well for David Bowie in England, but in the U-S, fans weren't quite as sold. They needed a little more convincing that his outrageous alter-ego persona was indeed fun and entertaining. Convincing is what they got!

On October 20, 1972, Bowie took the stage at the Santa Monica Civic Center in Santa Monica, California...and history was made! Ziggy Stardust was winning over the hearts and minds of Los Angeles. This was supposed to be the final concert in the U-S, but as more and more fans gained interest, more and more shows were added to meet the demand. The tour went on for another 6 weeks! 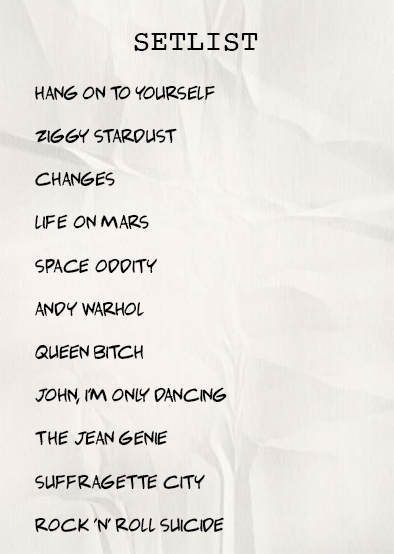