It was the “elephant in the room” that nobody wanted to talk about!

A family squabble was threatening the 45 year legacy of Rock and Roll Hall of Famers, Heart! For the past several years, it began to look like the band would break up. But now, Nancy Wilson has renewed optimism, and has hinted that the band could actually reunite for a major tour next year!

This weekend, we’re going back to Heart’s “Brigade” tour. We’ll listen to a legendary performance captured live at the Erie Civic Center in Erie, Pennsylvania on November 25th, 1990.

Don’t miss Heart! They’re headlining the next Live in Concert. 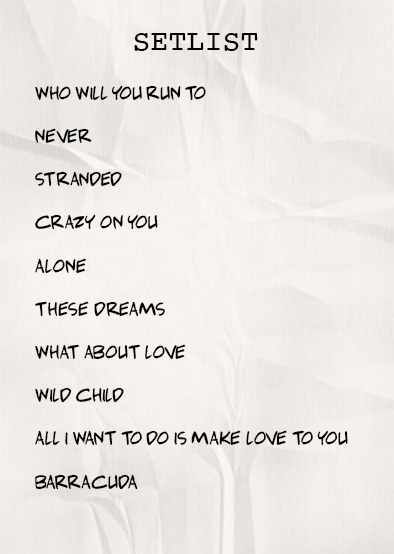