Def Leppard is a band that has aged very well. Their music has stood the test of time, and will be enjoyed for decades to come.

They're a band who earned respect among peers by perfecting their craft. But they're also just a kick a-- rock and roll band! Their live shows feature huge stages, with killer light shows, and a setlist of classic anthems.

On this broadcast of Live in Concert, we're going back to Def Leppard's legendary performance at the DTE Energy Music Theatre in Clarkston, Michigan, just outside of Detroit. It was July 15, 2016. We know you'll enjoy this one! 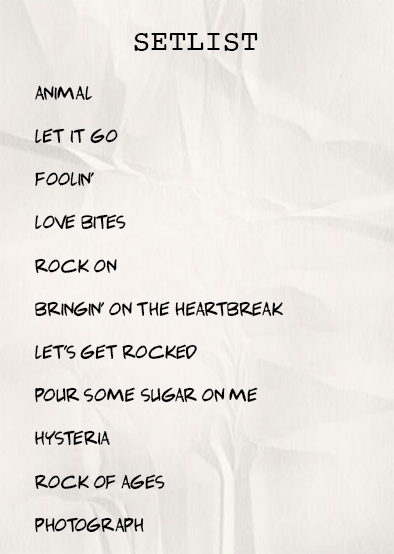