On this broadcast of Live in Concert, we’re going back to U2’s 2015 “Innocence + Experience” tour, and we'll listen to a signature moment in their history- the rescheduled Paris concert.

Many consider this to be the most important performance in U2’s career. After the devastating terrorist attacks in Paris, France in November of 2015, U2 had to postpone their concert scheduled for the following day. The band not only came back to play as promised, they put on an emotionally charged performance that helped the city heal.

The rescheduled concert was captured live at the Accorhotels Arena in Paris on December 7th, 2015. 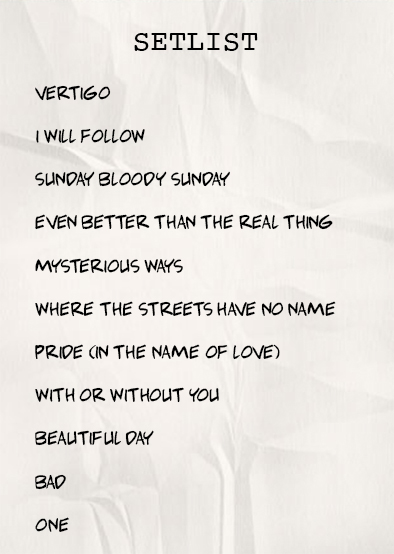