On this broadcast of Live in Concert, we’re going back to a massive Guns 'N Roses tour- the “Use Your Illusion” tour.

We’ll listen to a legendary performance captured live at the Tokyo Dome in Tokyo, Japan, on February 22nd, 1992.

It was the final night of a 3 night stand of sold-out concerts in Tokyo. In those 3 nights, the band played to over 150,000 fans! 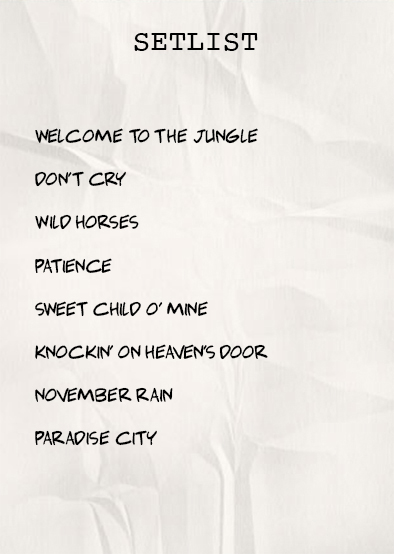